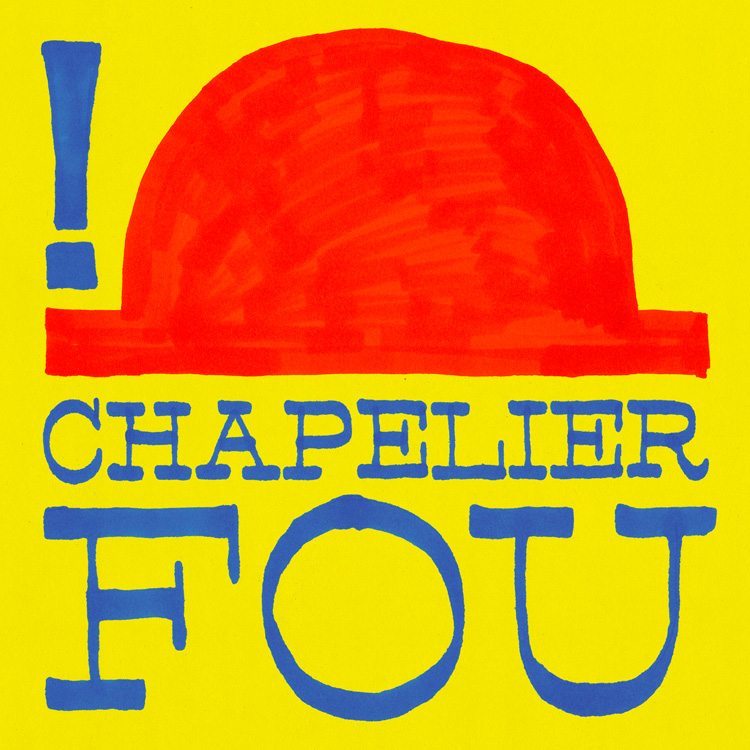 All the tracks on “!” were released by Ici d’ailleurs between 2009 and 2012 on the three EPs,  “Darling, darling, darling…”, “Scandale !” and “Al Abama”.  They make up what was originally the first album by Chapelier Fou which was totally self- produced and self-distributed before he joined the label in 2009. All the compositions on this record except “Al Abama” and “Hahahahaha?” were written and recorded in 2007.

However, it becomes quickly obvious that “!” is much more than a simple introductory work. It is a remarkably accomplished record which conveys all the richness of all of his work and suggests the riches to come. The record includes some of his most emblematic tracks such as the hypnotic “Darling, darling, darling” along with his unstoppable violin gimmick which testifies to the relevance of his approach from his beginnings.

Chapelier Fou is putting the finishing touches to his new album planned for the beginning of 2017 and is very happy to present his very first songs in a version which is more in line with his original vision in terms of artwork and tracklisting, for example. For the occasion, the tracks were slightly remixed and remastered. The record will be released on CD, 2xLP and digital on March 31st.